The most serious challenge facing the UK is the deficit. The UK deficit is high, but the Scottish deficit is higher and growing. As Alex Massie outlined in the Scotsman today (16.01.15), unless the deficit is eliminated the UK debt will slowly drag the economy down.

At the forthcoming General Election voters will be faced with to realistic, but quite different, alternatives to deal with the deficit: a Tory party which  ideologically believes in a small state, and a resurgent Labour party which believes the wealthiest in society have an obligation to make a fair contribution to support the welfare state. The problem the SNP face is that a significant part of its traditional support prefers the former, whilst the bulk of its new support is tempted by the latter.

The solution for the SNP is to say nothing, but promise everything. They want to pretend that Scots can have Scandinavian  public services, with American levels of taxation. Worst of all, the belief is being promoted by them that this change would be as effortless as showing the rest of the UK the door – they, not us, are responsible for our problems.

Despite this cynicism, I hope that as the General Election nears those who have trusted the nationalist blindly will begin to ask questions. Not questions about the line-up of a TV debate or the independence nirvana,  but about the challenges Scotland faces and the detail of how best to deal with them.

Mark Carney’s message is clear: families and businesses across the whole of the UK will benefit from the fall in oil price, but the oil industry in Scotland will pay the price (Cover today). Furthermore, Scotland’s deficit, which was already greater than that of the rest of the UK, is set to worsen considerably as oil revenues fall. Jim Murphy has outlined how  taxation collected elsewhere in the UK can be used to offset this – resources will be pooled and used in the UK where needed most.

We know that the current Scottish Government is ideologically opposed to this concept, and would prefer that Scotland could manage this situation alone as an independent state or under a Home Rule setup within the UK. To those on the left within Scotland’s nationalist movement there surely must be real concerns about the impact that this would have on education, the NHS and welfare. I am sure that they, like me, would be very interested in seeing detailed proposals from the Scottish Government prior to the forthcoming general election if Home Rule is their goal. 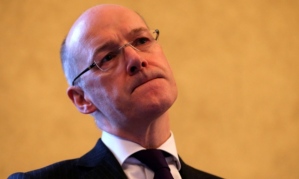 His own government’s March 2014 GERS data shows that, including oil revenue, Scotland spends more than it earns (deficit) to a greater extent than the rest of the UK. The data also shows that the Scots deficit is one of the largest in the western world. This situation will have worsened considerably due to the oil price crash.

This means that right now Scotland is actually benefiting considerably from what Gordon Brown termed a “pooling and sharing of resources” within the UK. If Mr Swinney feels that Scotland would somehow benefit from shouldering the full impact of the oil price crash alone, I would be very interested in seeing his detailed analysis.