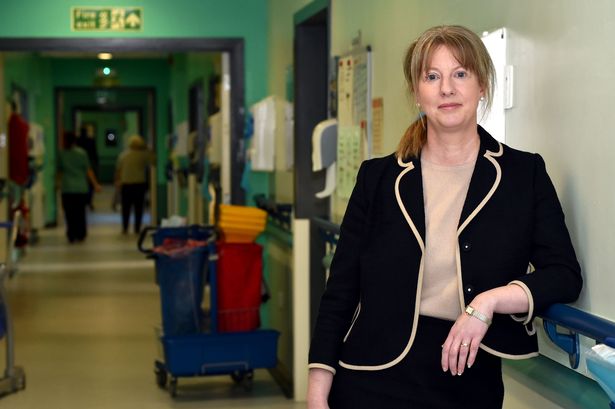 Cancelled NHS Scotland operations were in the news yesterday – there have been around three thousand cancelations this year. Whilst this makes a change from reports of A&E waiting times targets being missed, the two issues are related. Both are linked to “delayed discharge” (AKA bed blocking).

Delayed discharge is where a patient is judged clinically ready to go home but continues to occupy a hospital bed while plans are made for appropriate follow-up care. These plans can be complex, but can also be as trivial as fitting a handrail on someone’s bath at home. At any one time hundreds of patients can be waiting weeks for discharge. This is bad for them and bad for the NHS.

To be fair to the SNP’s Health Secretary, Shona Robison, she said cutting the number of people stuck in hospital waiting for a care package to be arranged is an “absolute key priority” for the Scottish government. Indeed, she committed £100m to solving the problem (a few months earlier £5m was enough). On the 25th of February in a BBC interview she said:

“I want over the course of this year to eradicate delayed discharge out of the system and I am absolutely determined to do that.”

“In presenting the Government’s programme for the year ahead, the First Minister made it clear that addressing delayed discharge is one of our key priorities and it is one to which I give my personal commitment.”

There we have it. With the support of Scotland’s First Minister and £100m in her pocket, Shona Robison gave a “personal commitment” to “eradicate delayed discharge” by the end of this year. How did she do?

Of course the year is not over yet and we will not have data for some time, but the situation up to October  was pretty poor. The official assessment:

“In October 2015, there were 50,945 days spent in hospital associated with delays in discharge. This is a 6% increase from September and a 9% decrease on the same period last year. “ 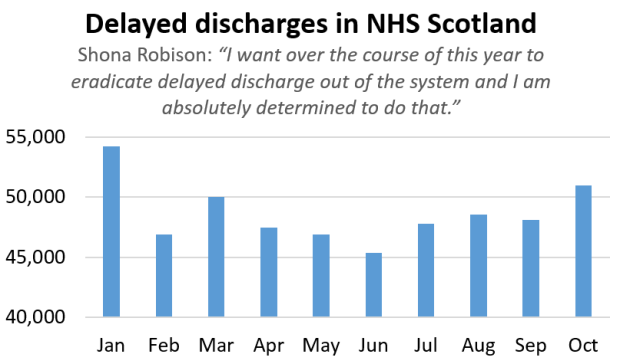 So whilst the SNP’s apologists may want to suggest that cancelled operations can be attributed to “acts of god”, alert readers will perhaps argue that the SNP could be doing more to deal with the delayed discharge of patients.

4 thoughts on “The truth about why NHS Scotland is cancelling operations.”