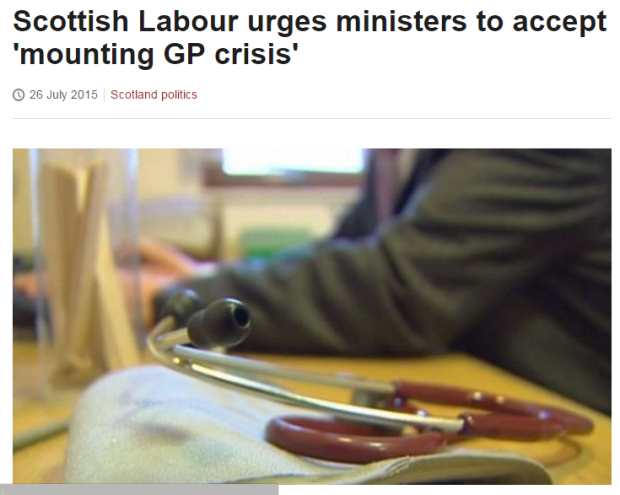 The first relates to some awkward news that was breaking over the weekend. The leading news story on Sunday in Scotland related to a report by the Royal College of General Practitioners which outlined how the SNP Government have cut £1b from GP funding since coming to power. A secondary story related to the oil price – it has dropped by around 20% this month and now sits at $47.15. Cleary, these points question both the SNP’s competence as a government and undermine the “optimistic” economics which underpinned Mr Salmond’s independence proposals. It is therefore in Mr Salmond’s interest to move the news agenda on to his home turf – constitutional speculation.

The second reason the SNP needed this story is to placate the hard-core nationalists within their party. Despite the popularity of the SNP, most Scots still oppose the party’s core objective – independence. Within the context of this and Scotland’s huge deficit, a second referendum now would be suicidal for the SNP. However, anything less than a full commitment to a second referendum will be viewed as a betrayal by the noisier members of the SNP. Ms Sturgeon and Mr Salmond must therefore keep the idea of a second referendum alive without making any firm commitments.

Whilst speculation about a second referendum is interesting, I would much rather hear about why Scots should have to wait weeks to see a GP or how falling oil revenues would be good for an independent Scotland.  Perhaps that would also quieten the noisier SNP members?