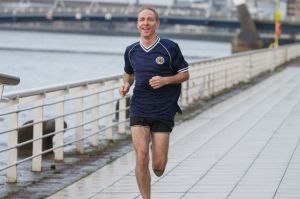 Whilst at UK level Labour must be content with it’s performance in the polls, it is perhaps correct to conclude that the situation in Scotland is less positive for the party. However, one must view the polls closely before writing off Scottish Labour.

The most recent Scotland-wide poll  (TNS, 13th April) puts support for the SNP at an impressive 52%. However, this number excludes undecided voters. Once they are included, the SNP vote share is only 29% – considerably less than the 37% of the electorate which voted Yes, but more than the 23% of the electorate that voted for the SNP in 2011.

Within this context, one can conclude undecided votes will decide the outcome of the General Election in Scotland. Indeed, TNS estimate 29% of Scots are undecided, with the proportion rising to 39% in Glasgow.

A proportion of these undecided voters will no doubt be scunnered with politics after the referendum. However, one can not doubt more still are simply waiting for information upon which they can base a tactical voting decision.

Perhaps the largest group of undecided voters will be left-leaning working class voters who are weighing up Labour’s progressive platform against the SNP’s rhetoric. They will be comparing Labour’s costed plan to reduce the deficit with the SNP’s pain free anti-austerity nirvana. They will be choosing between a Labour party which will help the vulnerable  by investing in education with the SNP Government which has cut teaching jobs and the grant for the poorest Scots.

Nobody can really predict how Scotland’s undecided electorate will vote, but I am sure they will vote and decide the outcome of the UK General Election. One thing is certain, Scotland will get the government it votes for.