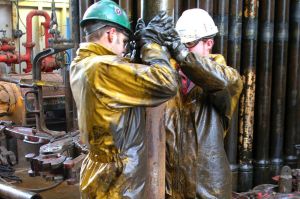 Speaking as someone who runs one of the UK’s top undergraduate engineering programmes, I personally feel the UK Government is absolutely correct to be concerned about the drop in oil price. Employers in the sector who were bullish in 2013 were openly nervous about recruitment late last year.  It is now clear that many will recruit no new graduates this year and unions warn of significant job losses ahead.

The positive news for these employees is that many of the skills involved in designing, constructing and operating offshore oil installations are directly transferable to the growing renewable and construction sectors. Furthermore, the industry can be strengthened if investment is found to make its operations more efficient.

The barrier to supporting the oil industry and its employees in making this and other possible changes appears to be the Scottish Government. This is perhaps because the fall in oil price simultaneously highlights the problems associated with an economy overly reliant on oil and also the benefits of Scotland being part of the much larger UK economy. The news that the fall in oil was not even discussed at the Scottish Cabinet meeting this week confirms this view.